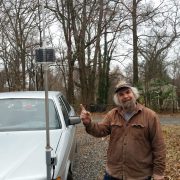 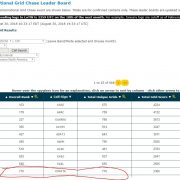 Ham radio divides the world into Maidenhead grids defined by latitude and Longitude.  For example,  Manassas is in grid square FM18.  If you look up your own callsign in QRZ, you can find your grid square in the detail tab. ARRL is running a contest to see who can contact and confirm the most grid squares.   This is done by confirming contacts via Logbook of the world.   If you have confirmed contacts in LOTW this year, you will be ranked. OVH Member Jeff Fladling, KM4FTK, has been actively working this contest and now is ranked 10th in Virginia !    He has 776 unique grids confirmed and 3338 QSOS.  Congratulations Jeff !!! The easiest way to accumulate grid squares is the new FT8 mode.    If any one wants assistance in installing FT8 or logbook of the world,  please contact… Read more »