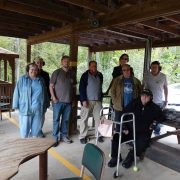 Happy birthday to the following club members:   Doc W1IMX, Robert KK4MXU, Ray KM4EKR, Scott KB8NUM, Bob KC4TNC and Phil AC4PL Wedding Bells were ringing at the beginning of September for Art W1CRO, congratulations and best wishes to the happy couple! Congratulations to the Club for helping at the Prince William County Half Marathon on Sunday, September 29th.  Wayne N7QLK chaired this event and pulled together over 20 club members to be out on the course.    I was at mile 1 and 12, I did receive many thank you’s from participants for being on the course.   The runners/walkers do appreciate us being there.    Great job everybody! Jamboree on the Air (JOTA) is coming up on Saturday, October 19th.   We will be working with the scouts for this event.  Rob W4FSK  presented a program at the September meeting on this.   We will… Read more » 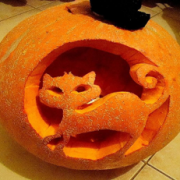 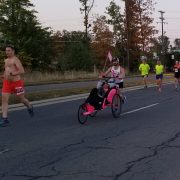 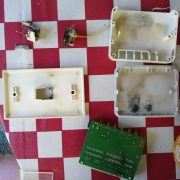 As a ham, we know lightning is our enemy. These big powerful bursts of static electricity can carry a lot of voltage, almost as much current, and is the absolute enemy for our antennas, our electrical supply, and the equipment connected to both. In most cases, many of us will never see a direct lightning strike; and I’m glad to say I’m still technically part of that club. But on the evening of September 2nd; I found out just how destructive an indirect lightning strike can be. Thunder had been booming for quite a while and it was getting further and further away when it happened; a super bright flash, a loud boom, and a house that shook like an earthquake (actually, it shook more than the earthquake.) The power immediately went out and everyone wondered what happened. I went… Read more » 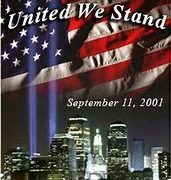 Happy birthday to the following club members: Gus N4MLE, Al KB4BHB, Maury W4HYB, Ron N4RDZ, and Mark WA4KFZ. Here we are at the end of summer!   Hard to believe but I have been out of the loop for the past 2 months due to a very heavy work load at the paying job I have. So I am behind in catching up with everyone. Hoping that Jim KM4SXM is feeling much better after his adventures the last few months, I am hearing he is back to work.  Best wishes on continued recovery. Summer storms were not very nice to club members this summer.  George K4GVT and Jay KM4JOJ both had lightning strikes at their homes and lost equipment. Thank you Ken KE2N for your work on getting DStar up and running. Hamfest & Field Day – we survived both events… Read more » 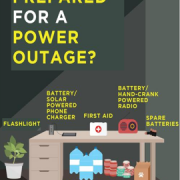 As we begin National Preparedness Month, Hurricane Dorian devastates much of the Bahamas and begins its sweep up the east coast of the U.S. Fortunately, it looks like northern Virginia will escape most of its wrath. We may not be as lucky next time. Now is a good time to check your emergency supplies. Do you have enough food and water for you and your family to last several days? You can find information about recommended emergency kit contents at https://www.ready.gov In addition to the damage caused by their high winds and wind driven water, hurricanes often spawn tornadoes and systems of violent thunderstorms extending many miles inland from the eye. The resulting power outages can last for days. Do you have backup power for your radios and essential items? If you plan to rely on batteries, please be sure… Read more » 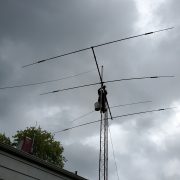