Our technical committee has installed a new repeater at NOVEC. This is a replacement of the oldest OVH repeater and will give us lots more connectivity for the 224.66 machine. It is now linking to the 146.97 repeater during the Thursday night net instead of the 442.200 repeater. Ken, KE2N, gave us a presentation at the February OVH meeting.
Click here for a more details on the new 224 repeater.

Happy birthday to those club members celebrating another year in February: Dick, WN7S; Harvey, WB6TTF; Jeff, WB6UIE; Art, W1CRO; Mike, KN4NDI. Best wishes to Dana, Jim’s, KM4SXM’s YL , as she continues to recover from a bad fall. The OVH had a table at Frostfest in Richmond this past Saturday. We handed out lots of flyers and talked up our Hamfest in June. Good to see club members attend the event as well. Virginia QSO Party is coming up in March, more info at the February meeting! Field Day 2020 in in the planning stages and we have just had the first planning meeting. Any help, questions, etc. contact Byron AK4XR. The first meeting was held at Sam & Joe’s on Center Street in Manassas, photo included! Our own hamfest … Read more >> 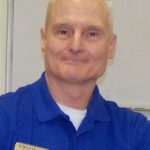 It seems our recruiting efforts have been paying off with several new members joining the club recently. When you see them at a meeting or club function, please take a minute to introduce yourself and welcome them to OVH. Club recognition has definitely helped our recruiting. So, as spring approaches with Hamfest and other activities, this would be a good time to order your club nametag and polo, if you don’t already have them. Nametags may be ordered from: http://www.thesignman.com/clubs/ovhcart.html I have club polos in stock which can be customized locally with your name and callsign.      Email me your size. This month in radio history … A February 1902 Scientific American article on building a simple wireless station[1]is credited with bringing the first amateur radio to the U.S.[2]     … Read more >> 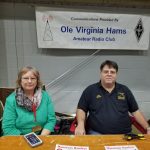 OVH had a table at Frostfest 2020. We handed out Manassas hamfest flyers and there were only 4 left at the end of Frostfest. Theresa, KG4NXT, and Don, WA2SWX, also gave each vendor a flyer. Theresa chatted up the vendors to try to get them to our hamfest. John, KG4NXT, sat on his butt and handed out flyers and answered questions at the OVH table. Other OVH members seen at Frostfest were Stu, W4PR, Ray, KMK4EKR, Sandy, KM4JUS, Ken, KD4VA , Kevin KX4KU and Mark, WA4KFZ.