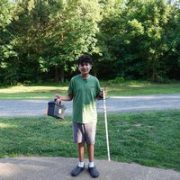 At the 2019 OVH field day,   Cat, KM4PBD,  ran the fox hunt as the educational activity.   Cat was the fox hunt winner in 2018.    There were five 440 M yagis available which had been constructed by Gil, KM4OZH.   Each of the yagis was put to use by fox hunters.  One of the fox hunters was our guest Lee J. Carter,  member of the Virginia House of Delegates, 50th District. The fox hunters started from the park pavillion and their first job was to find Cat, who then gave them the fox’s frequency.    The fox hunt was won by young James Morris, who is the son of David Morris, KK4ZUU. 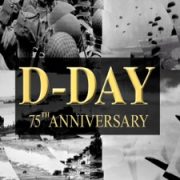 June is shaping up to be a busy month for club activities. We’ll have Hamfest, Field Day, and the Warrior Bike for the SOWW veterans charity. Speaking of veterans, this month also marks another milestone, the 75th anniversary of the D-Day landing at Normandy. Imagine what it must to have been like to maintain radio communications during the utter chaos as the first waves hit the beaches. Lets take a look at two radios which played an important role in bringing tactical comms to D-Day. U.S. ground forces found themselves on the eve of WWII with large HF manual Morse radios for headquarters elements, but nothing portable enough for the company or squad level. After several R&D efforts, the winning bid went to Galvin Industries, a manufacturer of car and police radios. Galvin’s design, the SCR-536, became the first production… Read more »