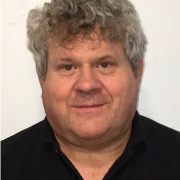 Presidents Letter: Merry Christmas and Happy Holidays to you and your family members. I wanted to get that in first! And please don’t forget to renew your OVH membership for 2019 now! Use the form at the end of this Newsletter or do it online at w4ovh.net.   Speaking of forgetting, every time I try to get on the air with the “new” FT8 mode, I have to try to remember what I did last time which didn’t work. One of these days I’ll get it working; and now I see that a new FT8 version has come out so I will have to download that and get up to speed with it. The recent, big FT8 contest with a lot of FT8 activity on HF provided a good incentive for me to get this working at last!   I… Read more » 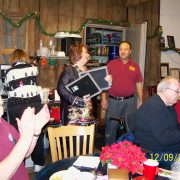 At the popular OVH holiday party,  the club gave out several awards.  There were several people getting awards who did not make the party.  These awards will be given out at the January meeting.   Awards given at the party were: Steve Frick N4OGR LIFETIME ACHIEVEMENT AWARD Al Dugas KB4BHB LIFETIME ACHIEVEMENT AWARD Jay Moore NQT4 CERTIFICATE OF  RECOGNITION Wayne Phillips N7QLK HALF MARATHON CHAIRMAN shirt (custom embroidered) Don Meyerhoff WA2SWX Large bottle of Ginger Wine for taking on Treasurer and Hamfest Chair John Heartney KG4NXT VE shirt for being VE liaison Yorkshire Restaurant Certificate of Appreciation There were also lots of toys for tots donated. 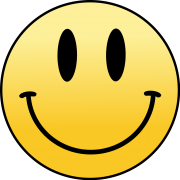 Wishing these club members a happy year-end birthday to David KK4ZUU, Tony KM4KLB, Ed KK4PHP, Jay KM4JOJ, Dianne KI4FVV, Bill N4SV, Kelly, Byron AK4XR, Charles WA1FFX, George N4XSL. Thank you to everyone that attended the club party and for their generous donations for Toys 4 Tots.  More on this in January! As we end 2018, I would like to wish everyone a happy Holiday and a peaceful year to come! 73, Theresa kg4tvm@hotmail.com 703-257-3566 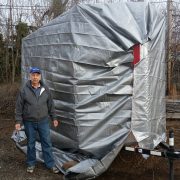 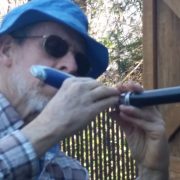 The 2 meter repeater had become very noisy several times after we have had a lot of rain.    After testing for noise in the repeater shack, the technical committee decided the noise source was between the antenna and the outside of the repeater shack.   Ken , KE2N, decided we should replace the generic LMR 400 coax with hardline. On December 3, 2018,  an OVH team replaced the coax to both the 2 Meter and 440  antennas with 7/8 inch hardline.   This hardline has a loss of only  .7 db per 100 feet at 440 MHZ.   Our climber was Byron AK4XR.   Ken directed the operation and   Gil , KMK4OZH and John KG4NXT assisted.    We are hopeful that the noise will not return.     In addition, the repeater receiver should be just a bit more sensitive and there will be… Read more »