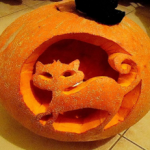 Cooler temperatures of fall will soon be here
and, along with them, the beginning of the
holiday season. I’m sure your family, like mine,
has some holiday traditions which have been
passed down over the years. We carry them on,
not necessarily for practical reasons, but as a
means of bonding and connecting with past
generations.
Learning to communicate using Morse code or CW
is one such tradition in the amateur radio
community. I’m happy to see several of our new hams accepting the
challenge. Here are some interesting Morse factoids to

encourage you in your studies.
Q. Why do hams call it CW?
A. CW stands for Continuous Wave, meaning
a sine wave produced by an electronic
oscillator. The first radio signals
from spark transmitters were damped waves
occupying lots of spectrum.
Q. Was the original Morse code the same as
the one in use today?
A. No. The original code (right) included
long dashes and spaces between character
dits. That worked for telegraph sounders,

but not so well on noisy HF circuits. So
radio operators adopted the International
Morse Code which is still in use today.
Q. What do the terms “fist” and “swing”
have to do with CW?
A1. Please, no fighting in the shack. Fist
refers to an individual operator’s sending
style, which is most evident when using a
straight key. After working a Morse net for
some time, you’ll often be able to recognize
fellow operators before you’ve heard their
callsigns.
A2. Swing refers to a sending style usually

associated with a mechanical speed key or
bug. The bug makes dits automatically while
the operator makes the dahs manually. In
what is sometimes called “banana boat
swing”, the dahs are drawn out much longer
than they would normally be at that sending
speed.
Q. What is a good source of on the air code practice?
A. ARRL has a regular code practice schedule at speeds of 5 wpm and up.
Here’s a link: http://www.arrl.org/code-transmissions

Again, congratulations to those of you who’ve taken up the Morse
challenge. And, when you greet our new members, try to recruit some of
them into the fold. Tell them to think of it as the original texting.