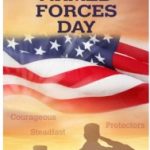 As we commemorate both Armed Forces Day and Memorial Day this month, lets take a moment to recognize some of the contributions made by our fellow hams in uniform. For this month’s vicarious escape from cabin fever, we’ll explore a fascinating but little covered corner of radio history – the role of
Joan and Eleanor in WWII OSS secret agent communications.

OSS (Office of Strategic Services) entered service as America’s national intelligence agency during the dark days of WWII on 13 June 1942. In addition to its traditional collection and analysis missions, OSS was responsible for covert action against Axis forces. That meant inserting agents behind the lines in Axis occupied territory to link
up with partisan resistance groups. Reliable and secure communications with these groups was essential for receiving their reports, scheduling supply drops, and coordinating their tasking.

Deployed agents relied on HF manual Morse and manual encryption to communicate with their headquarters. This approach worked well but did have some disadvantages. Radio
operators required a lot of training both in learning the code and the setup and operation of their radios. And transmission time had to be minimized to evade hostile direction finders, precluding interactive back and forth conversations. Should a group lose its radio op, they would be out of comms until a new
one could be inserted.

As D Day approached, OSS realized that its
agents would need much more flexible and interactive comms to keep pace with a fast moving tactical situation. It had to be portable, secure, and require no special training to operate. Their search led the OSS Communications Group to a young engineer named Al Gross,who was working on a handheld radio he called a “Walkie Talkie”. Gross was an inveterate experimenter who earned his ham
license at the age of 16. His prototype looked promising enough for the two OSS team engineers to invite him to a meeting with the Director, Maj Gen Donovan. Donovan was so impressed with the demo that he offered Gross a direct commission as a Captain and the new design effort was underway.[1]

The design team settled on a low power VHF FM voice link connecting the agent on the ground with an OSS agent in an aircraft orbiting high overhead. Its frequency (260 MHz) was chosen
outside known Axis SIGINT coverage. OSS named the new system Joan-Eleanor, reportedly after
the wife of one program engineer and an acquaintance of the other.

The handheld, known as Joan (right), was elegant in its simplicity. Its dual triode functioned as a regenerative detector while
receiving and as an oscillator when transmitting.  A detachable antenna with two foldout arms formed a dipole. Joan weighed a little over 3 pounds with batteries and required no special training to operate.[2]

Eleanor, the aircraft radio, employed a more conventional FM transceiver design with a superhet receiver. Power came from its own 24 volt battery pack and dynamotor. A wire recorder was added for recording agent transmissions. During  testing the Joan-Eleanor system was effective at ranges up to 30 miles.[3]

A variety of aircraft were used to carry Eleanor.  An OSS favorite was the De Havilland Mosquito, a British design made from wood during the wartime metal shortage. Its ceiling of over 30,000 feet kept it clear of anti aircraft fire and a max speed near 400 mph allowed it to outrun German fighters.

Eleanor and its OSS operator were crammed into a rear compartment that was originally the Mosquito’s recon camera space. Try to imagine what it must have been like inside an
unheated and unpressurized wooden airplane at 30,000 feet …

After the war Al Gross went on to receive several lifetime achievement awards for his design work which forged the path to modern devices like cordless phones and pagers.

OSS morphed into today’s CIA andcontinues to guard our nation’s security. The Joan-Eleanor system was
declassified in 1976.  Hams supporting the memorial CIA/OSS 24 hour run in Prince William Forest Park, remember Al Gross as you key your handheld. And, this Memorial Day lets all take a moment to remember those whose sacrifices remind us that freedom is not free.

3. Youtube: OSS film Joan and Eleanor
(An OSS training film featuring a test flight in a B-17 and a
chance to hear actual J-E audio.)
https://www.youtube.com/watch?v=ycCxRPWPidc