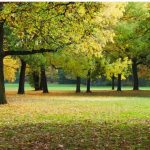 September has been another busy month for the Ole Virginia Hams:

On September 11th, the OVH supported Serve Our Willing Warriors Bike Ride.
A lot went into the race and a lot went on. Please see the immediately previous article to this one.

This Tri It Now event was a relatively easy and short event for Sunday at The Freedom Aquatic & Fitness Center, Manassas.

We met 0645 in the East parking lot to do a short event brief review and adjust our coverage if needed. This was made easier because Andy was once again going to bribe us with donuts.

We were all in position by 7 AM, 6 fixed positions and one roamer with the race coordinator.
We were operating simplex on 147.525 with our 146.970 repeater as our alternate.

It was another great day for a race, weather wise. Mid 80s temperature in the afternoon, but in the morning it was just pleasantly cool with low humidity.

The kids event started at 07:15 and was a youth triathlon for ages 6 to 14, which includes very short distances in each of the 3 sports.

After the kids event, we also supported a 14.06. This is a special sprint distance event: one-tenth of iron distance!

A big thanks to everyone who turned out to support OVH in the SOWW & Tri It Now endeavors.

The Return of the OVH Breakfast

September 18th saw another Ole Virginia Hams Breakfast @ Yorkshire Restaurant. Originally started by Former President Byron, AK4XR, this was the third OVH Breakfast since 3/14/20. There were some different faces from last time, but It is always good to see everyone again in person. We all had a nice time before breaking up and getting into our day.

The OVH Breakfasts are held @ 8 AM on the Saturday before our Monthly Meeting, so the next one will be November13th, COVID permitting. Hope to see you there.

Last in this article, but certainly not least, was the Return of the In Person Meetings.

Before going on, I think we can all agree that our President, Jay, NQ4T, was the right man at the right time for this pandemic. He evaluated the streaming software, picked out and purchased a dedicated server (at a very good discount!), ran the remote meetings and taught/coached us all through the use of this new system.

However, let’s also admit that given a choice, in person is just better.

We had a good turn out. Not as many as before the pandemic, but a number of our club members are not yet comfortable with large in person gatherings. As these members become more comfortable, we’ll be seeing them again, too.

If there was a glitch, it was the meeting went very fast. Because I sat right next to our President, Jay, NQ4T, I could see his written agenda, and could hear him muttering “It’s going too fast. I have to find a way to slow it down.”

He tried. But even with the 50/50 raffle (Al, KB4BHB won btw – He graciously donated his winnings to the club treasury), we were out of there in an hour.

But not to worry. Your elected officers are working diligently to make your meetings even longer. See you next month.