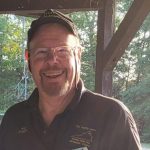 Well, it’s half past September. Cooler weather and less humidity is on the way. I’m a big fan of that. The sun will be going down sooner too. I’m not much of a fan of that, however. And, to borrow a phrase from “The Game of Thrones”, winter is coming. Summer activities are winding down too.  Off of the top of my head, we have 2 Tri-It-Now events, the Manassas Christmas parade and our annual OVH Christmas Party left on 2022’s To-Do List. While I am on the subject of activities, let us not forget that this is National Preparedness Month. I am a huge fan of being self contained. I probably got that from my old man. As a kid, 5 of us, a dog and a parrot (with … Read more >>

Location, location, location.   As a Florida boy, I know that Hurricane Season officially starts on June 1st. However, here in the Mid-Atlantic region, it unofficially begins in a few weeks. Now would be a good time to check your emergency communications equipment, supplies, including batteries. It would also be a good time to verify the integrity of both your antenna(s) and the guy wires. I’m reminded that 3 years ago George, K4GVT suffered a lightning strike around this time. It completely obliterated his antenna & damaged his radios & other electronics. So I think it would also be good to review your safe grounding & isolation setups. Back on July 24th, the OVH supported The Tri It Now – Summer Super Sprint at the Freedom Aquatic & Fitness Center in … Read more >>

Finally, our busy season is winding down. It’s been a whirlwind for some time now. On June 25th & 26th the OVH took part in ARRL Field Day 2022. Under the guidance of returning Field Day Chairman Byron, AK4XR, we had our best Field Day in 20 years.  We claimed 5,266 points. Preparation started the day before, on Friday. Lines were shot in trees Friday afternoon, everyone started showing up early Saturday, and we were ready to go long before things got started. We also had the return of the Pot Luck Supper on Saturday; there was no shortage of camaraderie. You can read more about it in John, KG4NXT’s excellent article:  https://w4ovh.net/ovh-field-day-best-in-20-years/ Back on the 4th of July, OVH supported The Freedom Firecracker 5K and 1-Mile Fun Run Mini-Tri … Read more >> 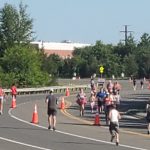 The Ole Virginia Hams once again provided support for a 4th of July “Mini-Tri” marathon for Prince William County, led by Wayne, N7QLK, code named “Shadow”.  As with most of our Mini-Tri’s, this was held at The Freedom Aquatic & Fitness Center, in Manassas, VA. Officially titled The Freedom Firecracker 5K and 1-Mile Fun Run, the race was started about 8:30 AM & had about 200 participants. The runners went first, followed by the walkers about 10 minutes later. It was a very colorful event. If you look closely at the photos, while running attire was the norm, tutus (with and without deely bobbers) and patriotic garb were also quite popular. Complementing race officials, we also had a Course Marshal on a bicycle assisting us. At this time, we would … Read more >>

Well, despite a couple of really hot days in the beginning, June temperatures so far, are about average. We certainly couldn’t have asked for better weather for our Manassas Hamfest.  It was beautiful and with low humidity, too. It was our first full blown Hamfest since the beginning of the pandemic. You might remember that last year we did a Tailgate Party, in lieu of a Hamfest. We did it that way due to the Covid restrictions in place at that time. Outdoor space was all we could rent. So with the pandemic winding down & $5/gallon gasoline prices, we held our first post Covid Hamfest, and I call it a success. Our team was headed up once again by Don, WA2SWX. We were once again back in the Manassas … Read more >>

June 4th, – Manassas Hamfest. A beautiful sunrise. No humidity. The temperature just right for a spring day. OVH volunteers started arriving around 5 AM. Our doors opened at 6 AM for the vendors & general admission was 30 minutes later. After a 2 year hiatus, we were ready. Boy, were we ready. OVH members came out in droves to support us. What a tremendous amount of support. And this didn’t happen by accident. As usual, Theresa, KG4TVM, was the Head Talent Wrangler, the Chief Cajoler in Charge. After weeks of prompting, all of her efforts were paid back in spades. A veritable army of volunteers. Dr. Bob Heil was to be our featured speaker. However, due to the load on the Manassas Park Community Center’s wi-fi infrastucture by the … Read more >>

The OVH ARC regular monthly meeting is at 7:30 p.m. every third Tuesday at the Buckhall Volunteer Fire Department Station, 7190 Yates Ford Road, Manassas, Virginia. Members, prospective members and other interested persons are invited to attend without obligation. Local information can also be obtained through the OVH’s FM repeaters on 146.970-, 224.660-, 442.200+ and 443.500+ MHz.  The OVH’s two D-Star repeaters on 146.865- and 442.5125+ MHz are also fully operational. Up to date information about OVH activities and its meetings is also available during the OVH’s nets on its FM Repeaters each Thursday night at 8:00 p.m. or on 80 meters (3710 KHz) LSB each Sunday night at 7:00 p.m. (8:00 pm in Summer) or through the OVH’s web site at http://w4ovh.net