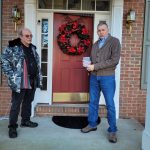 On Saturday, December 4th, the City of Manassas held their 75th Annual Greater Manassas Christmas Parade. As we have done in the past, the club has supported this event by providing  radio communications facilitated by a dozen spotters along the parade route and at the Judges’ stand.

We also had our Club Trailer entered into the parade as a unit. Special thank you to Gene, KN4JMB for using his truck to drive the trailer thru the parade. Gene also helped get the decorations on the trailer and his truck! Thank you to everyone that came out and helped, we had a beautiful weather morning and that was reflected in the huge crowds watching the parade.

On Sunday, December 12th we had another great event, the club Holiday party.
This was at Yorkshire Restaurant once again. Many thanks to Ellis and the restaurant for giving us the place for this event. We also collected a nice amount of new toys for the Toys For Tots campaign. The Marine Corp sent us Sergeant Summer Brown and Corporal Taylor MacDonald to attend our party and collect the toys; they were a wonderful addition to our event.

Even though we had a very scaled down 2021 for events, we still had members giving their all to make things happen. So at the party the following members were recognized:
Andy, KJ4MTP – for continuing to work with the Tri It Now Mini Tri, he coordinates with the organizer and our club to make sure there are hams along the bike & run courses. Andy has also worked with Serve Our Willing Warriors and coordinated hams for their huge bike ride. Andy was not able to attend our party so we will be presenting his award at our January meeting.

Ken, KN4DD – is our club VP and has worked tirelessly to keep our website up-to- date and safe from hackers. Ken has also written several articles on the different events the club has worked during this past year.

Don, WA2SWX – our Hamfest/Tailgate chairman. Due to Covid, we had to move away from our normal Hamfest and go with a Tailgate event.  Don pulled this together by working with the Manassas Park Community Center. Because of his work we were able to have a great event and put some funds into our treasury at the end the day.

Tony, KM4KLB – Tailgate Committee member. Due to having a location for the Tailgate Party in an open field, we needed a plan. Tony was our guy. He went to the site, took measurements and worked up a layout for the field so we would be able to get cars off the road as quickly as possible and then park the cars in a way that would allow this event to flow smoothly. His plan accomplished all of this. Tony was not feeling well the day of our party, so John, KG4NXT and I took the award to his home the day after the party, photo included in newsletter.

Ray, KM4EKR and Sandy, KM4JUS have been active club members for several years. Due to retirement, they are relocating in January to South Carolina. Both have helped at various club events since becoming members.  Ray was also a Former Club President, and Sandy was Former Club Secretary and current Scholarship Chair. We wish them much happiness on their next adventure!

Paul, W4ZB received the Lifetime Achievement Award for his many years of service to the club, including managing our website, being on the committee when we decided to move to a new site and currently producing the monthly OVH ARC Newsletter since 2006.

Thank you very much for the wonderful food and toys. Our event was a success due to everyone’s attendance and participation.

Happy Holidays from our home to yours. Stay safe and get on the air! 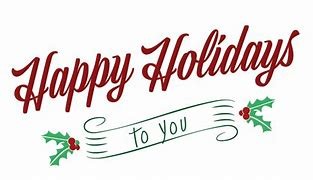