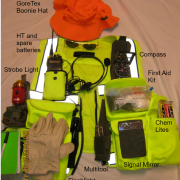 To those of you who, although new to both our hobby and the club, have already volunteered for ARES, TriItNow, and several other public service events, a hearty Welcome Aboard! By now you’re no doubt familiar with the yellow mesh ARES vests. They’re great for making you nice and visible to race participants and traffic while you’re out there with your HT. But .. where are the pockets? Where will you put your gear should you deploy in support of a real emergency? Here’s one solution. It’s a rugged vest with MOLLE loops from Canadian company Duty Apparel. Their compatible MOLLE pouches are ideal for your HT, water, and other gear from your ARES go kit (right). The rear panel needed for ARES ID (top right) is easily added either from an old vest or custom made (see Andy’s). *****… Read more »

Congratulations to the OVH team for another successful Field Day. In true ham spirit, you braved thunderstorms and torrential rains along with high winds which sent your tent tumbling. And, as if that weren’t enough, you added a fox hunt to the activities and managed to fit in a briefing for a couple of ARRL VIPs. Well done! Of course Field Day is more than just a chance to enjoy some outdoor contesting. It’s good training for our role in supporting disaster communications. Some of us still get kidding from friends and family when we tell them about this role. After all, everybody has a cell phone now, so nobody needs ham radio. But just how resilient is all that modern hardware? Well … here’s some fodder from recent events for your response. Among the fires which erupted across the… Read more »

The 44th Annual Manassas Hamfest will take place on Sunday, 3 June 2018 at the Prince William County Fairgrounds, Manassas, Virginia – the same location for the past 43 years. 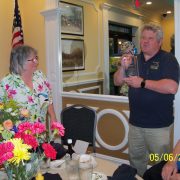 Presidents Letter: What a month it has been since our last club meeting! The OVH’s participation at the Manassas Airshow May 5th went extremely well. The weather was almost perfect for an airshow – not too hot, light winds and a very high overcast; the forecast rains held off until after the Airshow was over. Overall attendance estimates for the Airshow were around 10,000. It was a great opportunity to get our club out into the public view and hopefully interest more folks people in becoming hams. A bunch of the club’s new “how to contact us” business cards were taken. Thanks to the OVH volunteers for putting it all together and for the long hours they put in to make it successful. Check out the article on the Manassas AirShow later in this newsletter and on the club web… Read more »

VP’s Corner Jeff Fuller WB6UIE June is just around the corner, and with it one of amateur radio’s signature events – Field Day. For OVH members, it’s a tasty BBQ, family get together, and a chance to have some fun outdoor hamming.  And, of course, a chance to hone our emergency communication skills. Emergency power plays an important role in our preparedness. For multi operator fixed stations, that power usually comes from a gasoline generator. Mobiles can work as long as the engine can keep the battery charged. What about a scenario where you need to forward deploy with emergency services? Vehicles can get close, but fallen trees and other obstacles mean you’ll need to carry your gear on a pack frame a mile or more to reach a good comms location. You could go with the ham’s traditional choice for this scenario –… Read more » 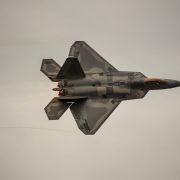 Members of the Old Virginia Hams participated in the Manassas Airshow on May 5th, 2018 at the Manassas airport by setting up a booth to show off some of the many activities in amateur radio to the attendees. There is much cross over between air enthusiasts and amateur radio. The club saw this as an opportunity to introduce the hobby to those who may not fully understand the various aspects and opportunities in the hobby. This public outreach was also provided a chance to not only educate but to make the community aware of our club and what we do. The club displayed five different items: A homemade crystal radio using soda cans as capacitors, made by Al, KB4BHB SDR CW radio built by John, KG4NXT 2 meter Fox and hound, build using a Raspberry Pi made by John, KG4NXT… Read more »