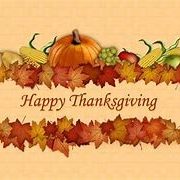 Happy Birthday wishes to Wayne, N7QLK; Kevin, KX4KU; Baofang, KK4JFK; Theresa, KG4TVM; Butch, W4HJL; Greg, KM4CCG; Jeff, WB4TT; Gene, KD4HRC; Charlie, WA4YGI; James, N5TE; James, KA4BOL; Paul, K4GZR and Allan. To all our Veterans, we thank you for your service, The Manassas Christmas Parade will be on Saturday, December 4th. We will need some help decorating our club trailer for the parade and George, K4GVT needs volunteers to provide radio support during this event. George can be reached at george@k4gvt.com We will be having the club Holiday Party on December 12th (Sunday) at Yorkshire Restaurant, 6 to 8 PM. This is a family event and we ask that you bring a covered dish to share. We will collect new and unwrapped toys for Toys For Tots and I have received confirmation that we will have 2 Marines attend our party!… Read more »

VP – OVH This last June 12th thru 14th saw the ARRL June VHF Contests. The contest began 1800 UTC Saturday and ended 0259 UTC Monday. The Ole Virginia Hams fielded two of the winners, Gil, KM4OZH and Ron, K3FR. Both are Amateur Extras and “of a certain age”. Both started contesting almost immediately after licensing. While similar in their passions for both amateur radio and contesting, their approach is significantly different. Ron is well seasoned, having acquired his novice license in 1959. For this contest he used mostly FT8. By comparison then, Gil is a relative newcomer, getting licensed just 6 years ago. Gil used SSB/phone. Gil, KM4OZH : Gil, KM4OZH, was first licensed in 2015. And as previously stated, gravitated to contesting shortly thereafter. He really enjoys roving contesting and for proof, one only need to look how… Read more »